Initiated in 2007, the Tolba project was set up by the Odanak Environment and Land Office, namely: Michel Durand, Luc Gauthier and Alike Harel. They seek to protect turtle habitats and species along with the acquisition of knowledge on this reptile group. The turtle plays a central role in Waban Aki culture, which is why several initiatives were carried out to help this living emblem.

The Environment and Land Office set up infrastructures for the protection of turtles near the swamps found in one of the community’s woodlots. This woodlot is located along the St. Francis River at the foot of a steep slope leading to a public park adjacent to the community’s dwellings. Before, the snapping and painted turtles made their nests throughout the community. It wasn’t uncommon to see turtles swimming in the public pool, cross streets or dig nests in gravel parking lots and park sandboxes.

In order to reduce the mortality of mature female turtles during the egg-laying period, a 500 m fence was installed to prevent turtles from reaching the community’s dwellings and public places. In addition, a natural egg-laying zone was set-up on top of the slope within the fence. Finally, artificial nesting mounds were created near the marshes.

«In Waban Aki ancestral beliefs, the 13 central scales of the turtle shell represent the 13 moons of the year, and the 28 scales surrounding them represent the 28 days between each moon. The turtle bears the symbol of Mother Earth representing fertility and wisdom.» 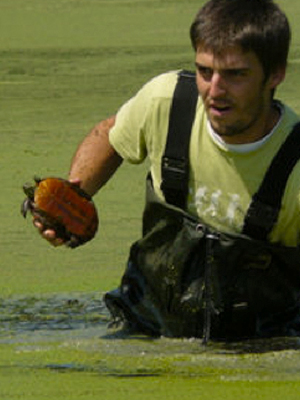 INVENTORY OF THE COMMUNITY’S TERRITORIES 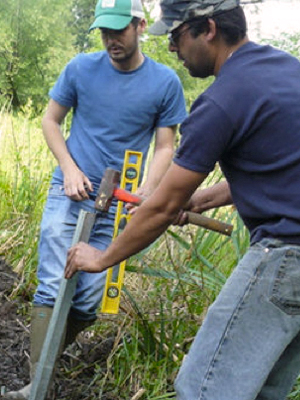 INSTALLATION OF A DEVIATION FENCE 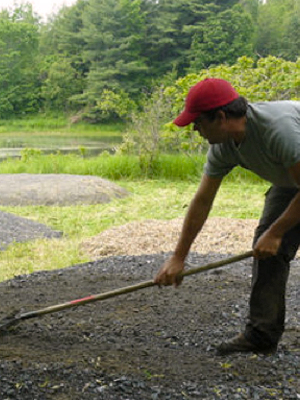 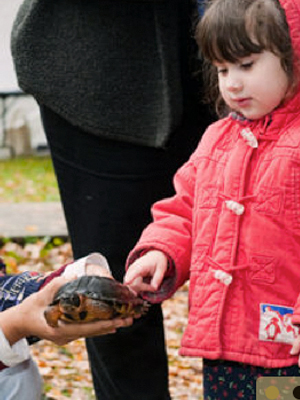 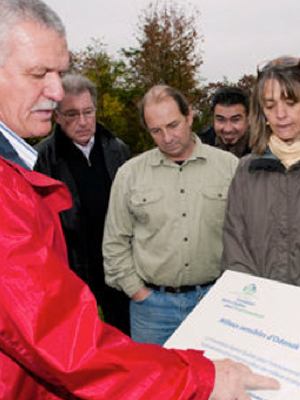 INAUGURATION OF INFRASTRUCTURES FOR TURTLES 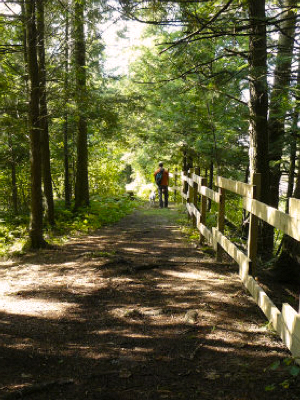 This allows us to interest visitors in the conservation of sensitive natural areas and their species.
2010 – 2012 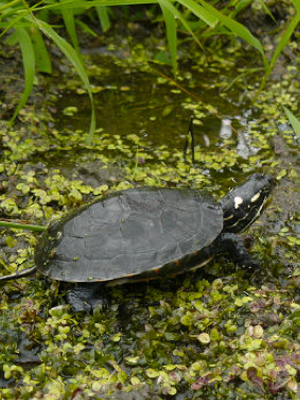 The painted turtle’s shell can reach between 10 and 20 cm and features red-marked scales. Its head and neck have yellow stripes, and its legs have red stripes. This is our most common turtle and can often be observed basking in the sun on logs. 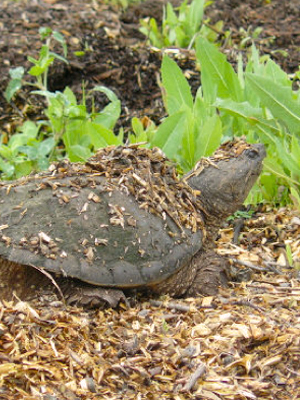 This less abundant turtle conserve its prehistoric appearance with its very long tail featuring bony triangular plates. Its shell can reach up to 50 cm and its plastron is small compared to its size which prevents its members from completely withdrawing into the shell. That’s why this turtle has aggressive behavior to protect itself and spends most of its time underwater. This makes it harder to observe.

These works were made possible thanks to the financial participation of the Canadian government through the Aboriginal Fund for Species at Risk, and la fondation Hydro-Québec pour l’environnement.